10 modular designs taking over the world

Here at Moduware we’re big fans of all things modular. Modular products are by virtue scalable, flexible, and economical, particularly in terms of economics and environmental footprint in regard to reducing the need for replacing entire products when all but one module are functioning. Intrinsic to the modular aesthetic is a nexus between standardization and customization. This is a concept that extends to the design of technology, architecture, toys and fashion. Here’s some of our favourite examples: * Modular computers The…

Here at Moduware we’re big fans of all things modular. Modular products are by virtue scalable, flexible, and economical, particularly in terms of economics and environmental footprint in regard to reducing the need for replacing entire products when all but one module are functioning. Intrinsic to the modular aesthetic is a nexus between standardization and customization. This is a concept that extends to the design of technology, architecture, toys and fashion. Here’s some of our favourite examples:

The modular computer is nothing new as almost every computer has modular interchangeable parts. Then of course, there’s the Arduino components for DIY enthusiasts who are keen to tinker with electronics and coding.  But there’s also been more concerted efforts made.

You may remember the The One Laptop Per Child (OLPC) a project founded in 2005 with the aim to empower the world’s poorest children through the donation of a with a rugged, low-cost, low-power, connected laptop. Millions of laptops have been distributed throughout the world including India, Africa and the Middle East. 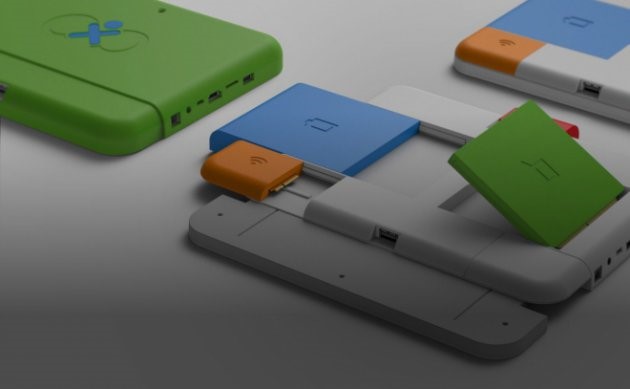 One Education, OLPC’s partner non-profit in Australia is in the process of creating a modular laptop called XO-infinity.
It’s still in development phase post initial prototyping but definitely worth a look. 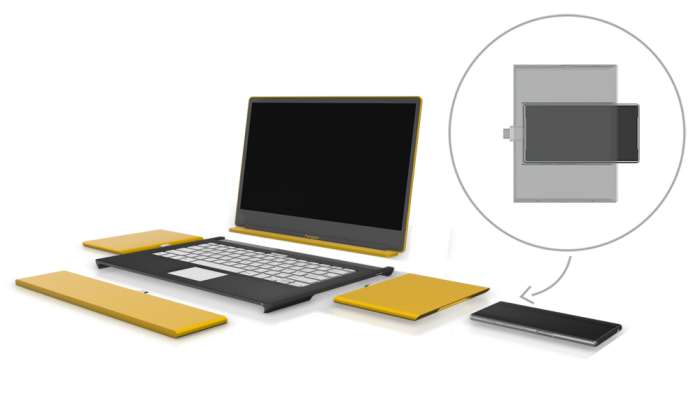 Pangea Sun, a Berlin-based start-up, has similar goals with the aim to build a sustainable and modular notebook computer. Their point of different is that as well as being open source they want it to be created in Guinea (Africa) to build up a fair and sustainable IT production industry there. As founder and CEO 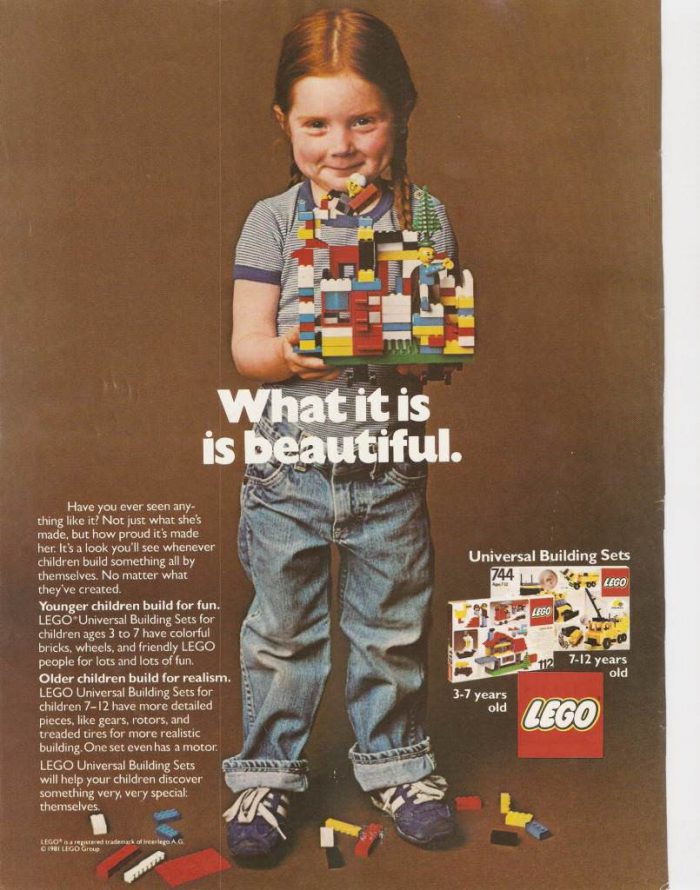 Perhaps the most eponymous modular toy is Lego. It was created in 1932 in wooden form but is now  a series of plastic bricks that can easily be combined in innumerable ways including buildings, streets, machines, robots and much more– and just as easily dismantled.

Since it’s creation there’s been a range of related toys that have taken the design into the technological realm. One example is Brixo who have created  building bricks that enable you to create complete circuits, including adding Bluetooth, sound, light, and proximity sensors that make it possible to control and trigger your creations’ functionality automatically.

You can do things like have your creation trigger when you reach your step goal in FitBit, or light up when you receive a tweet. It also integrates into existing building bricks so you don’t have to buy a whole new set to take advantage of Brixo’s range of features. 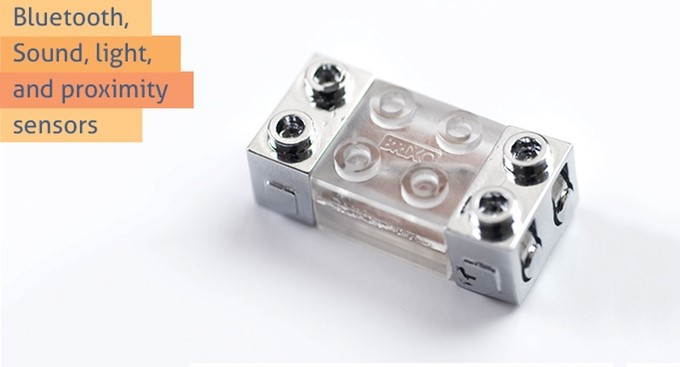 Another example is SAM blocks,  described by its UK creators as “The Ultimate Internet Connected Electronics Kit”, allowing users of any level to build apps, music and code. Wireless blocks correspond with an accompanying app and can be connected to make things happy (with a detailed series of instructional videos). 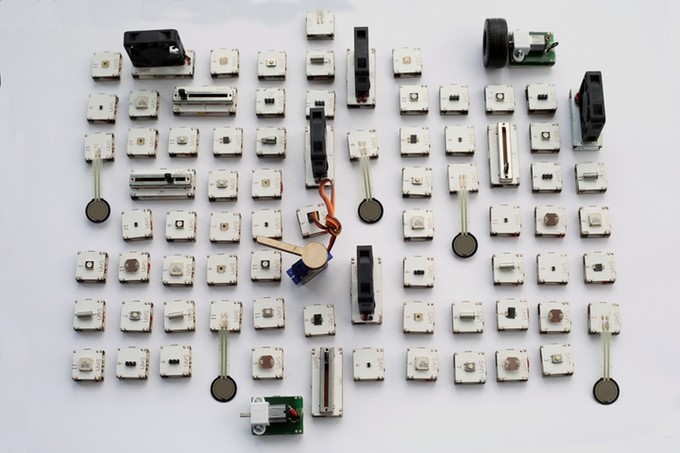 Most watch designers provide elements of modularity with changeable watch faces, bands and wallpapers on offer. Perhaps one of the best known is the Swatch watch, eponymous with 1980s fashion. But UK start-up BLOCKS has taken this to an advanced level with their development of a smartwatch interchangeable components, including a heart rate sensor, GPS, an Adventure module with altitude, air pressure and temperature sensors, and an extra battery. Future intentions include modules such as card, kinetic charger, gesture control, blood O2, fingerprint, perspiration, camera and NFC payments. Definitely one to watch. People who travel in situations involving a change of outfit know the pain of bringing along shoes that may be only worn once. Several designers are working hard to create modular shoes, shoes that can be changed according to the needs of the wearer. German start-up Mime et moi has designed women’s shoes with a heel that can be exchanged in height, shape and colour and can easily be stored in any handbag 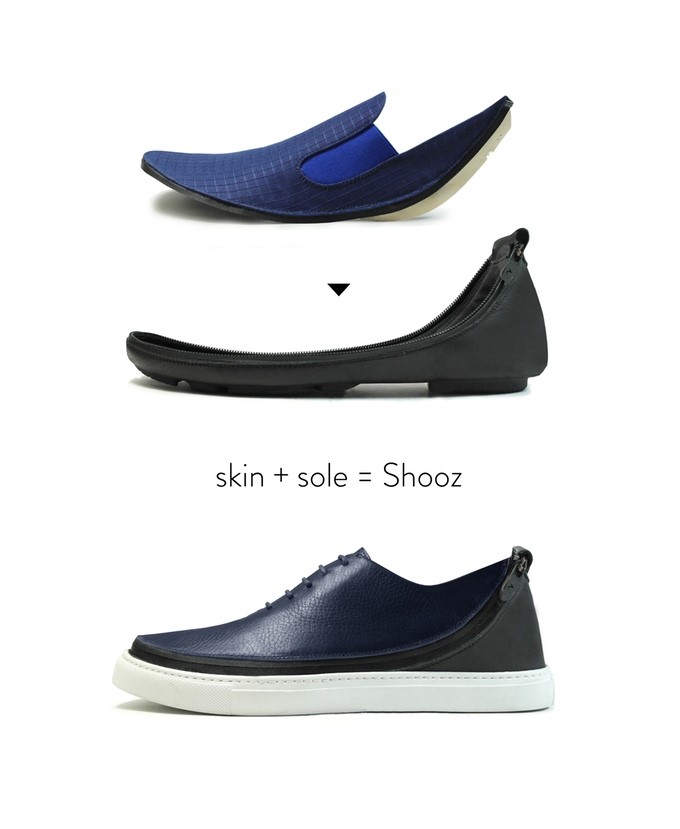 For a more unisex option,  Italian company +ONE (formerly called Shooz) has created shoes that are made up of two different, interchangeable parts: a Skin and a Sole.

Connect the ends of the skin and the sole special waterproof zipper, just like you would with a jacket. Once the zippers are linked, close the snap fastener on the heel and you are ready to go! You can customize and get creative just by choosing from the variety of skins and soles, giving you tons of footwear options for any occasion.

Then for a more customized approach, there’s one of Australia’s most famous start-ups Shoes of Prey– Prior to purchase customers choose the type, shape, colour and height of their shoes. Designs are handmade within four weeks and delivered worldwide.

Modular furniture is largely devoted to seating with a series of connected modules that can rearrange the shape and size or seating arrangements with the option of conversions into couches and tables. A couple of examples: 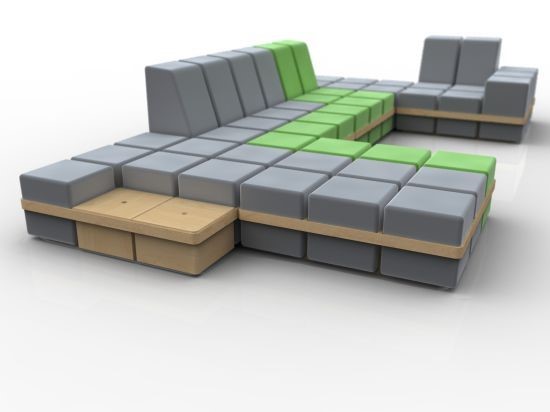 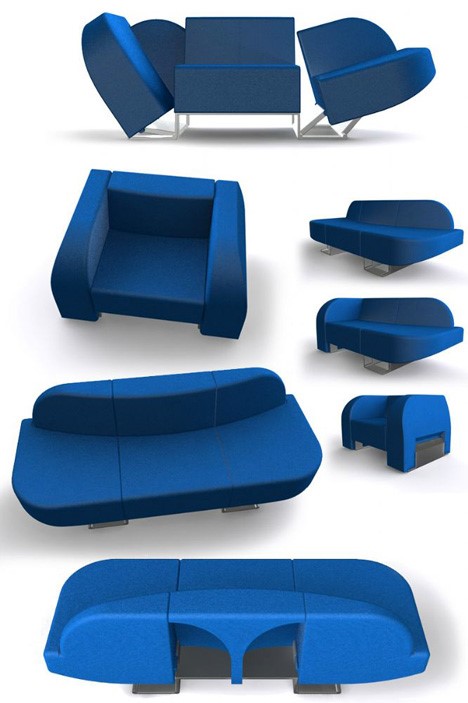 Matroska Living furniture, a series of connected pieces that could be configured in different ways depending on the functions required. Unfortunately the company seems to be inactive at present.

There’s also The living cube designed for small space living and Pequeñas Grandes Casas by design firm PKMN, a modular home which consists of a series of wooden units or modules

Renowned designer Yves Béhar has even created a robotic version. 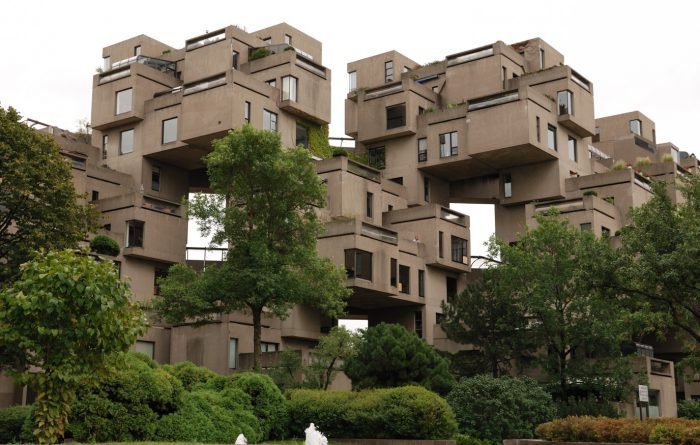 Technically the term modular in architecture is used to refer buildings that are constructed off site in pieces (usually in a factory) and then delivered for assembly. It can include kit homes that feature a standardised design and a variety of add-ons and of course tiny homes, a trend that exploded in popularity in recent years.

One of the most interesting examples of modular housing is  Habitat 67, originally intended as an experimental solution for high-quality housing in dense urban environments with the aim to reduce housing costs and integrate the qualities of a suburban home into an urban high-rise. It was constructed from 354 identical and completely prefabricated modules”) stacked in various combinations and connected by steel cables. The apartments vary in shape and size, since they are formed by a group of one to four of the 600 square-foot “boxes” in different configurations. Each apartment is reached through a series of pedestrian streets and bridges, along with three vertical cores of elevators for the top floors. Service and parking facilities are separated from the tenant’s circulation routes, located on the ground floor.

The prefabrication process of the 90-ton boxes took place on-site.  This ingenious method provided each apartment with a roof garden, a constant flow of fresh air and a maximum of natural light: qualities which were unprecedented for a twelve story apartment complex. Habitat 67 thus pioneered the integration of two housing typologies—the suburban garden home and the economical high-rise apartment building. 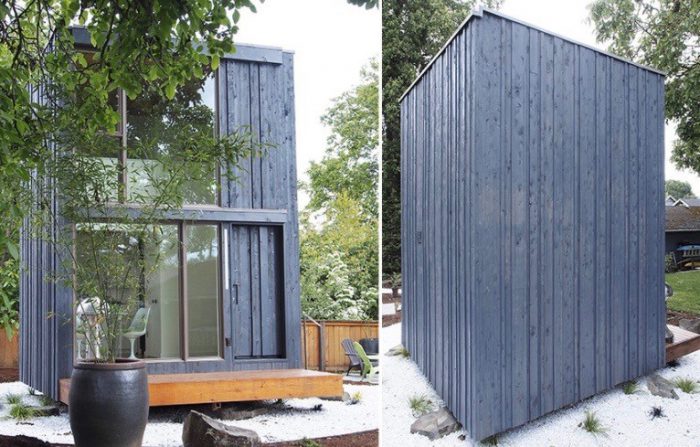 A more recent example is the 359 Design by  PATH Architecture that can be rotated according to the location of the sun. it’s described by designed Benjamin J Kaiser as “ “the logical union of the smaller housing trend (after the recession and with global warming in mind) combined with energy consciousness.”

Mima House, by Mima Architecture in Portugal is a design that can be transformed in seconds.  The interior walls consist of lightweight panels that can be easily relocated or removed by two people. The principles of modularity are embedded in the creative process as each project by the form includes the translation of architecture into software “ultimately allowing for any user to formulate his/her own personal project within the universe of rules that has been pre-established by the architect. Besides allowing for a customized conception, this custom software automatically transmits all the information to the factory, allowing for an immediate cost estimation and subsequent prosecution of the construction”. 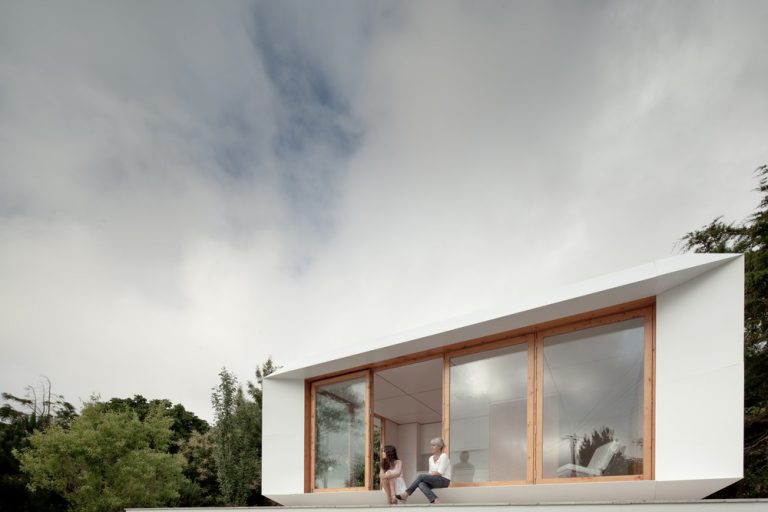 Ultimately one of the most compelling facets of modularity is that various entities or modules can be updated or replaced as trends and technologies change. The sky is the limit when it comes to possibilities. We’d love to hear about some of your favourite examples, feel free to share with us on Facebook or Twitter.

May 1, 2018 Light your life with our LED Module Read More